Guided walk through the Platania and Patsos gorge 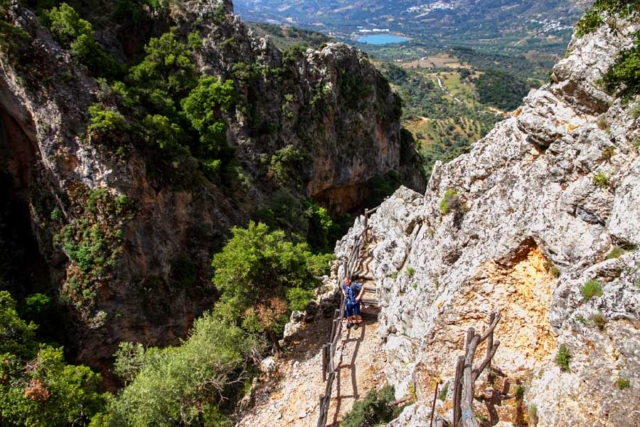 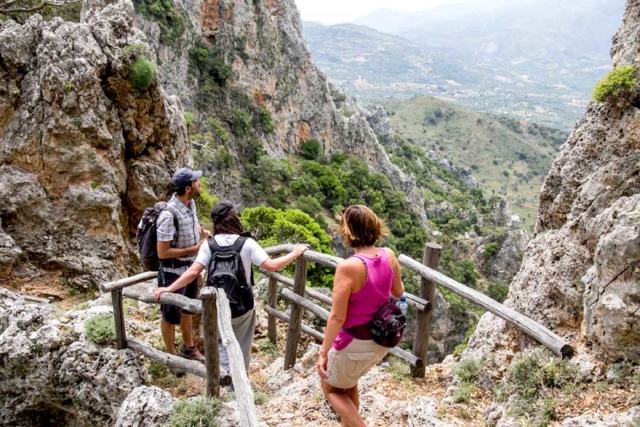 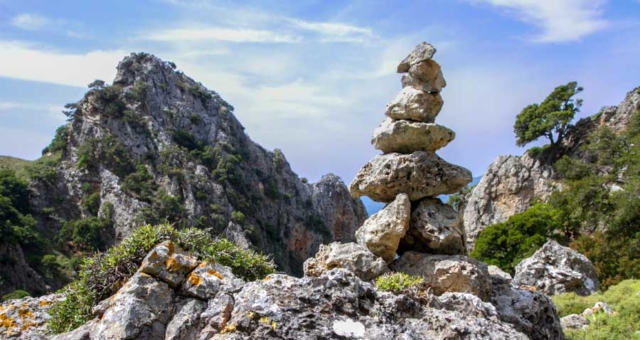 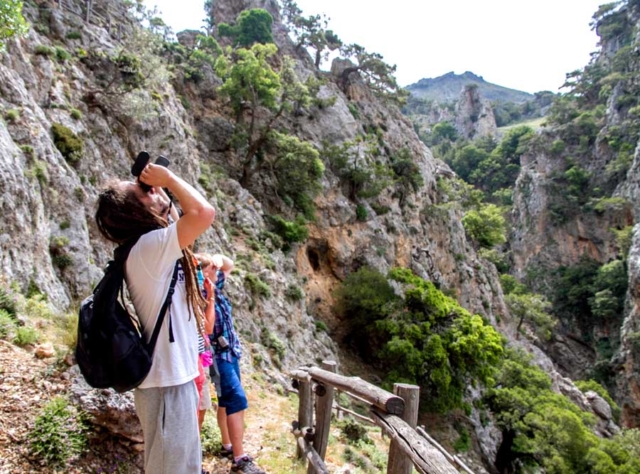 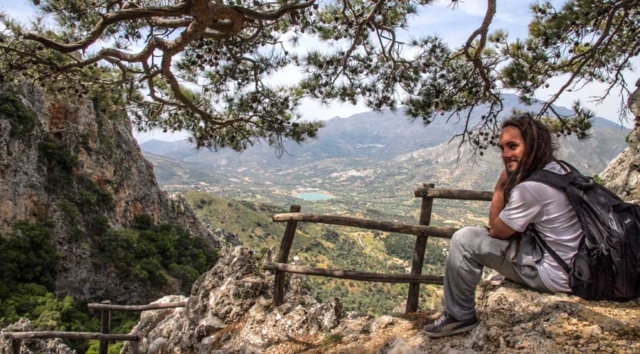 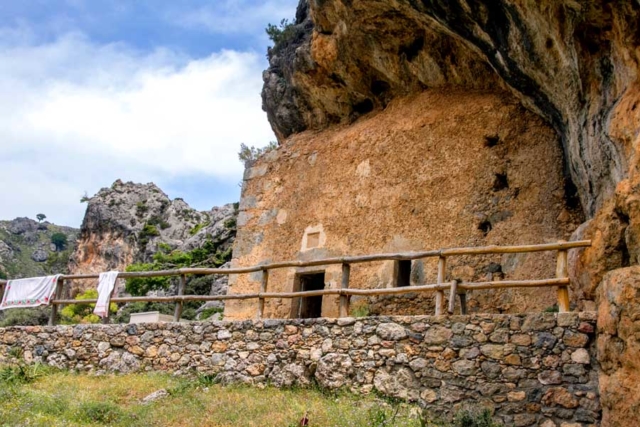 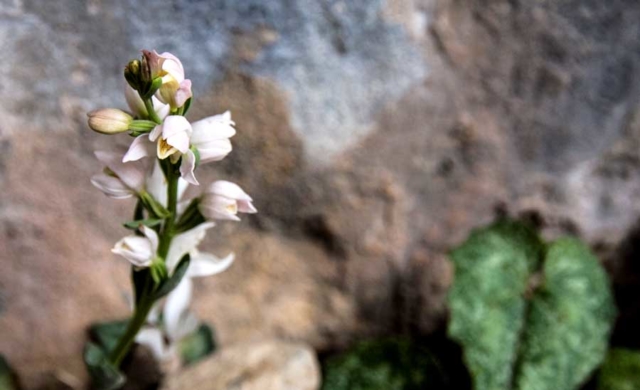 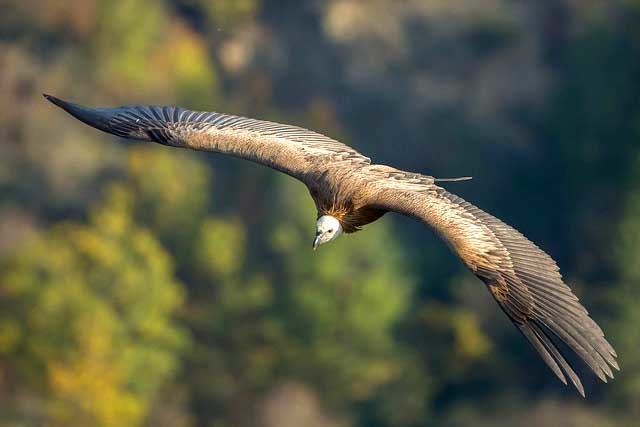 The gorges of Amari valley offer unique experiences for the excursionist as they combine the wilderness of the Cretan mountains with the rich flora and fauna of the island.

In the Amari valley, on the slopes of Mount Psiloritis, there lies the small village of Platania. From this point there is a very beautiful gorge that ascends quite steeply up to a cave-chapel called Agios Antonios. The walk starts at an altitude of 430m on the edge of the village and ascends to the chapel at 800m, taking about three hours for the return trip. During the beginning of the walk we pass through old olive groves with some truly large trees, before starting our climb upwards. The path hugs the side of the gorge and offers some great views down and across the Amari valley. Griffon Vultures circle overhead and if you are lucky you may see a Golden Eagle.

After an exhilarating walk, and after having crossed the final rock ridge, it is at last possible to make out your destination – the rock-chapel of Saint Anthony. It is perfectly situated at the top of the gorge on a small hidden plateau. Although it looks far away it only takes a few minutes and there you can rest under a large Plane tree. The chapel is built into the side of a cave and it is easy to imagine how once upon a time a hermit may have lived there in such an idyllic environment.

The Amari valley, or ‘Lotus Land’, is full of picturesque villages, old Byzantine churches, Hellenistic and Roman settlements and wild mountains. It was given the name ‘Lotus Land’ by the English soldiers, such as Patrick Leigh Fermor, who helped to kidnap the German General Kreipe during WWII. They found the valley so beautiful and enchanting after spending a long time in the mountains, that they thought of it as paradise.


Patsos gorge
Our walk begins from near the village of Voleones as we ascend to Veni monastery, or the monastery of St. Anthony. This is in a spectacular position with a great view northeast towards Mount Psiloritis. In addition, it has a wonderful cave chapel deep into a cliff with holy water that has made it a holy site since the time of the Minoans. After looking around we continue our walk to St. Anthony’s gorge, or the Patsos gorge, where there is a small chapel dedicated to the saint and a great walk through the gorge.

At St. Anthony’s monastery, the deep cave is divided into two parts. There is holy water and bones of monks of the past, very impressive old earthen basins that also get filled with the miraculous holy water from the continuous roof drippings, a remnant of Minoan worship embodied later in the Christian culture. At this cave, locals still have the ancient habit to offer the priest vegetables or eggs in order to bless them. Outside the cave there is a yard with monk cells kept in good condition. The monastery was built by the Byzantines and later, during the Venetian Era, it was the seat of the Chortatzis family (well known to all Cretans due to their revolutionary action). The paved path that leads to the monastery is decorated with fountains with running water and there are many trees that offer shade. One of these trees in the Ottoman period was the place where the notables of the area met and took important decisions. For this reason it is called the ‘Pnyx of Crete’. The Turks burned the monastery three times in an attempt to prevent concentrations of rebels.

At St. Anthony’s gorge we descend into the gorge from a vantage point where we get the best views and then spend a couple of hours exploring the paths and visiting the church of Saint Anthony. A lot of crutches are left in front of the church, as this is still a place where miracles happen, since people come to this church carrying their crutches and leave them after they have prayed. In front of the church, icons are also hung as offerings and for you to pray to St. Anthony for help. For a long time this has been a place of worship, as the sacred nature of the site goes back in time to the Minoan period. Such sanctuaries were very common in rural sites, especially in pre-Christian Crete. Quite a few finds are now in the Ashmoleum museum in Oxford and the Archaeological museum in Heraklio. The ancient cult was alive for at least two and a half thousand years, from the Minoan period to the Roman occupation (2000 B.C. – 400 A.D.). A votive inscription of the first century B.C. found in 1888 indicates the worship of ‘Hermes Kranaeus’. The Hermes cult was widespread in Crete and during the Roman occupation the cult of Pan is certified by the discovery of a marble statue of the god himself. The shape of the rock formations, the lush vegetation and the stream all add to the special atmosphere that can be found here.